How Residency in Portugal Can Benefit Your Startup Business 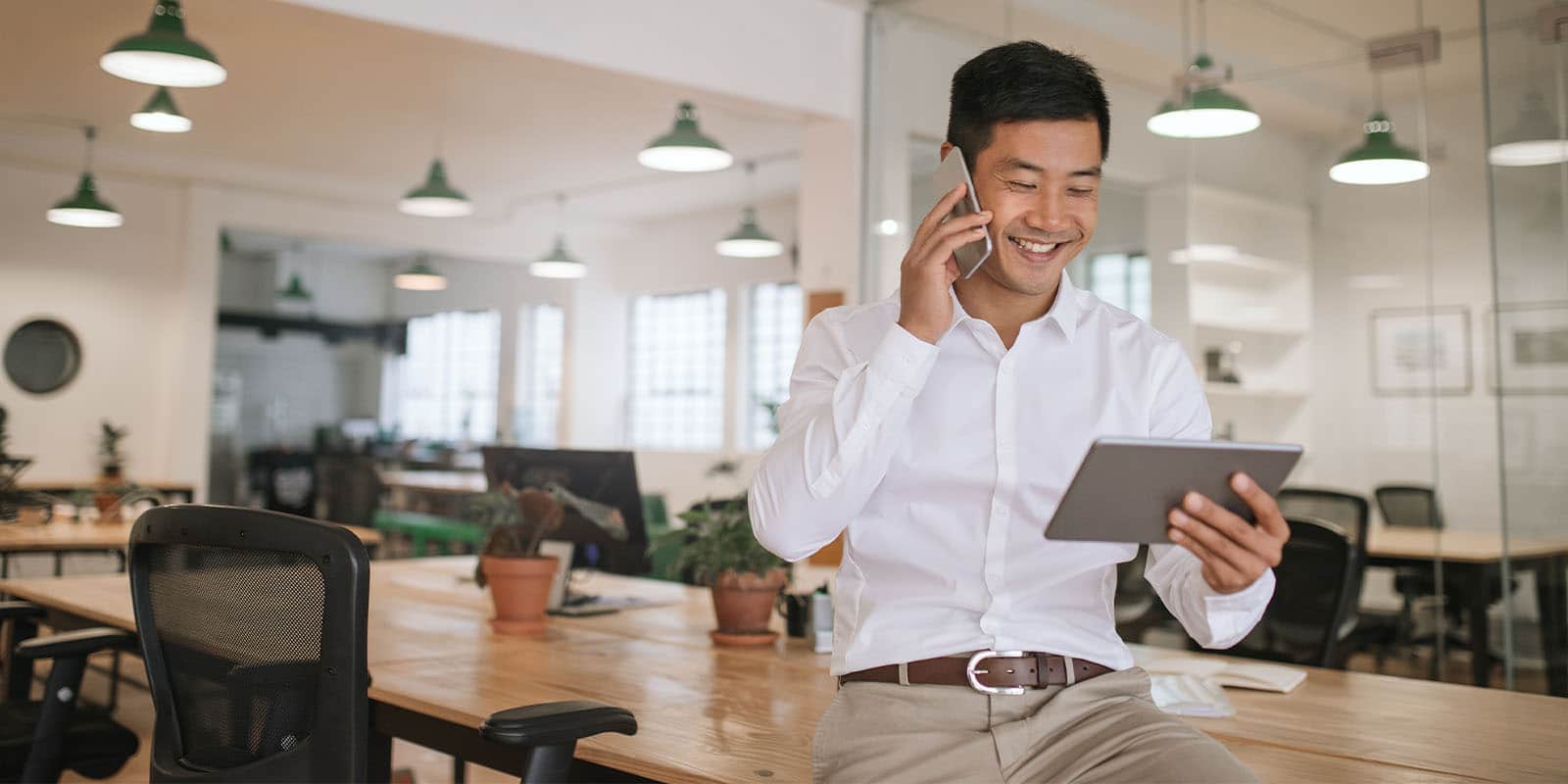 Places like Silicon Valley and New York City in the United States of America, as well as London in the United Kingdom and Berlin, are well-known for being some of the best cities to start a high-growth startup business in the world. But many other cities around the globe are beginning to rise up the ranks and are slowly becoming the best new places for a thriving startup to put down roots. And Portugal is one of these new contenders.

Since Lisbon first hosted the annual Web Summit in 2016, the city has become the new home for the world’s largest technology conference. Entrepreneurs, investors alike are now flocking to the Portuguese capital, a visible sign of the country’s buoyant technology sector. Portugal has since become one of the best places to start a new business with its startup ecosystem that is now growing twice as fast as the European average.

It is easy to see why so many business-minded people are looking to set up their startups in Portugal. But to do this, you will need residency in the country. The best and most popular way to do this is by applying to the Portugal Golden Visa Program, a straightforward process that grants residency by investment to non-European Union nationals. 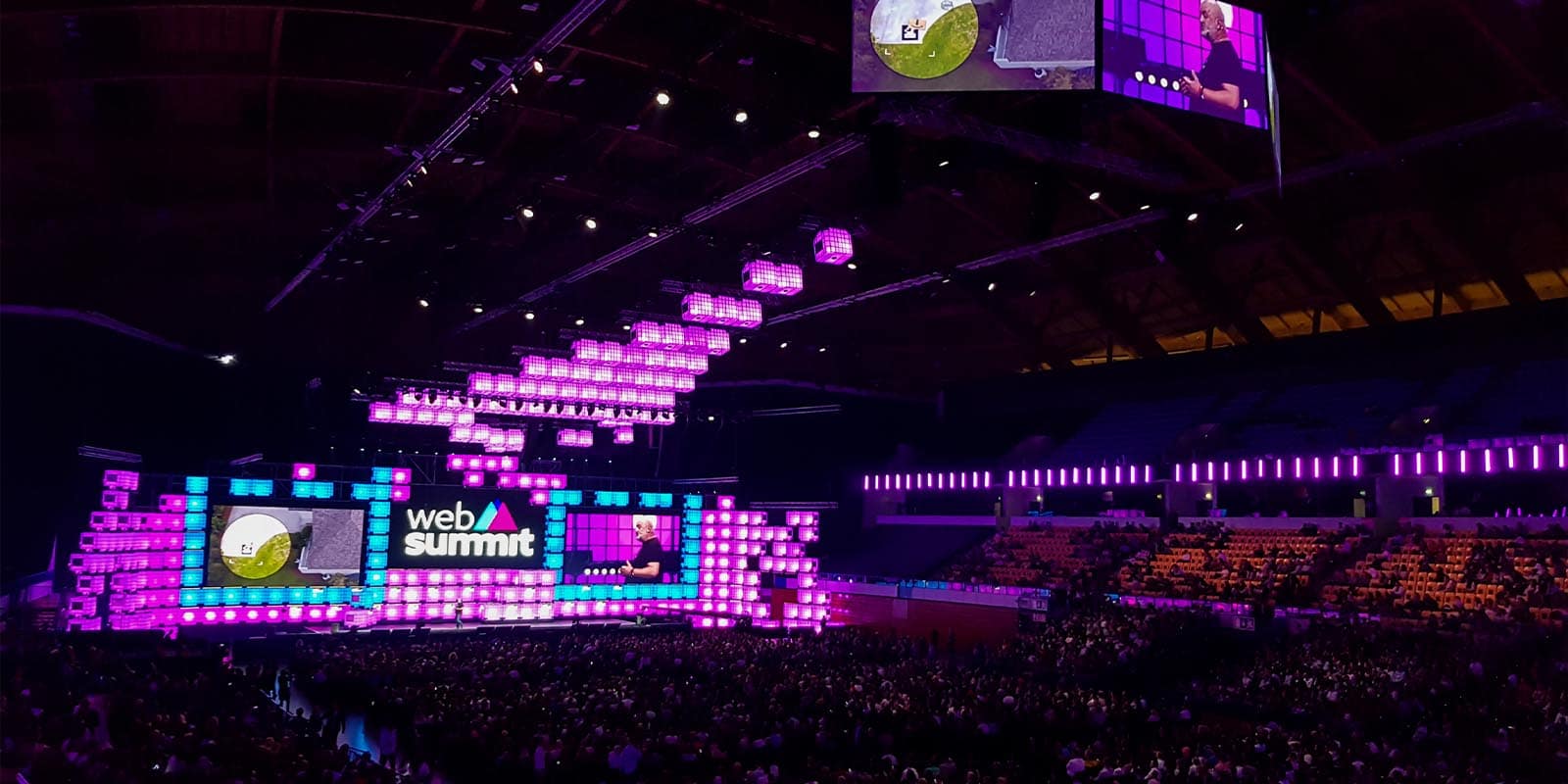 The Web Summit brings together people, companies and experts from every industry redefining the global tech industry. In 2021, the Web Summit hopes to welcome 70,000 attendees to Lisbon plus up to 80,000 online attendees.

What is the Portugal Golden Visa Program?

Launched in October 2012, the Portugal Golden Visa Program is a legal process based on the law that invites foreign investors from non-European Union countries to obtain fully valid residence permits in Portugal for themselves and their families.

The Portugal Golden Visa Program is designed to be straightforward and efficient, with a timeframe of just 6 months to your new residency. The program consists of a few simple steps and requires applicants to be at least 18 years of age, in good health, possess no criminal record, have confirmed investment sources and successfully pass due diligence checks.

You Might Also Like: How Can I Invest in Turkish Citizenship? – Investment Options & Benefits of a Second Passport

If all the minimum criteria are met, applicants to the Portugal Residency by Investment Program are required to purchase property in Portugal or make an alternative investment into the country – such as job creation or investing in a small local business – before the application can be filed.

Successful applicants will receive their residency permit and will gain the right to live, work, travel and study in Europe as well as gain access to Portugal’s healthcare and consumer rights. Portugal has a minimal residency that requires residents to visit the country for only 7 days per year for 5 years – the rest of the time can be spent wherever they wish.

Individuals can apply as single applicants or as a family. Eligible family members include the spouse of the main applicant and children (biological or adopted) under 18 years of age.

Why Should You Move Your Startup to Portugal?

Portugal offers competitive salary rates when compared to other countries in the EU. In fact, a German or Swedish junior developer with three years of experience under their belt earns two-and-a-half times more than that of a similarly skilled software developer in Portugal – with someone from the UK earning three times more and a Swiss developer four times higher than said Portuguese developer. Meaning, your company can employ highly skilled developers, such as PhD graduates and Open Source contributors, for a fraction of the cost of anywhere else in the EU.

As a resident of Portugal, you are also recognised as a resident of the European Union. Portuguese residents have the right to live, work and travel freely without restrictions throughout the entire Schengen Area. This, of course, is a much-coveted privilege to have when wanting to gain access to the global market or expand your business throughout Western Europe.

People Who Read This Article Also Read: Grenada Citizenship by Investment – A Second Passport at an Affordable Cost

The EU is filled with lucrative business and investment opportunities. The EU’s 28 member states include some of the wealthiest countries and is the world’s largest single market with an economic zone larger than that of the United States of America and Japan combined – that’s approximately 500 million consumers. Having unbridled access to this market could accelerate the growth of your startup.

It is important to have an office that reflects your company’s brand, impresses clients and motivates employees for better productivity. The office plays an important role in any business’s success. In prominent economic hubs like London and New York, you would be spending a hefty amount of money on a small workspace that probably doesn’t meet your needs. If you move your startup to Portugal, you will find that real estate prices are on average 66% to 80% cheaper than places like Zurich and Berlin and 54% cheaper than London. Both corporate and residential spaces are practically at a steal of a price, making it the perfect place to set up your business and live a new life abroad. 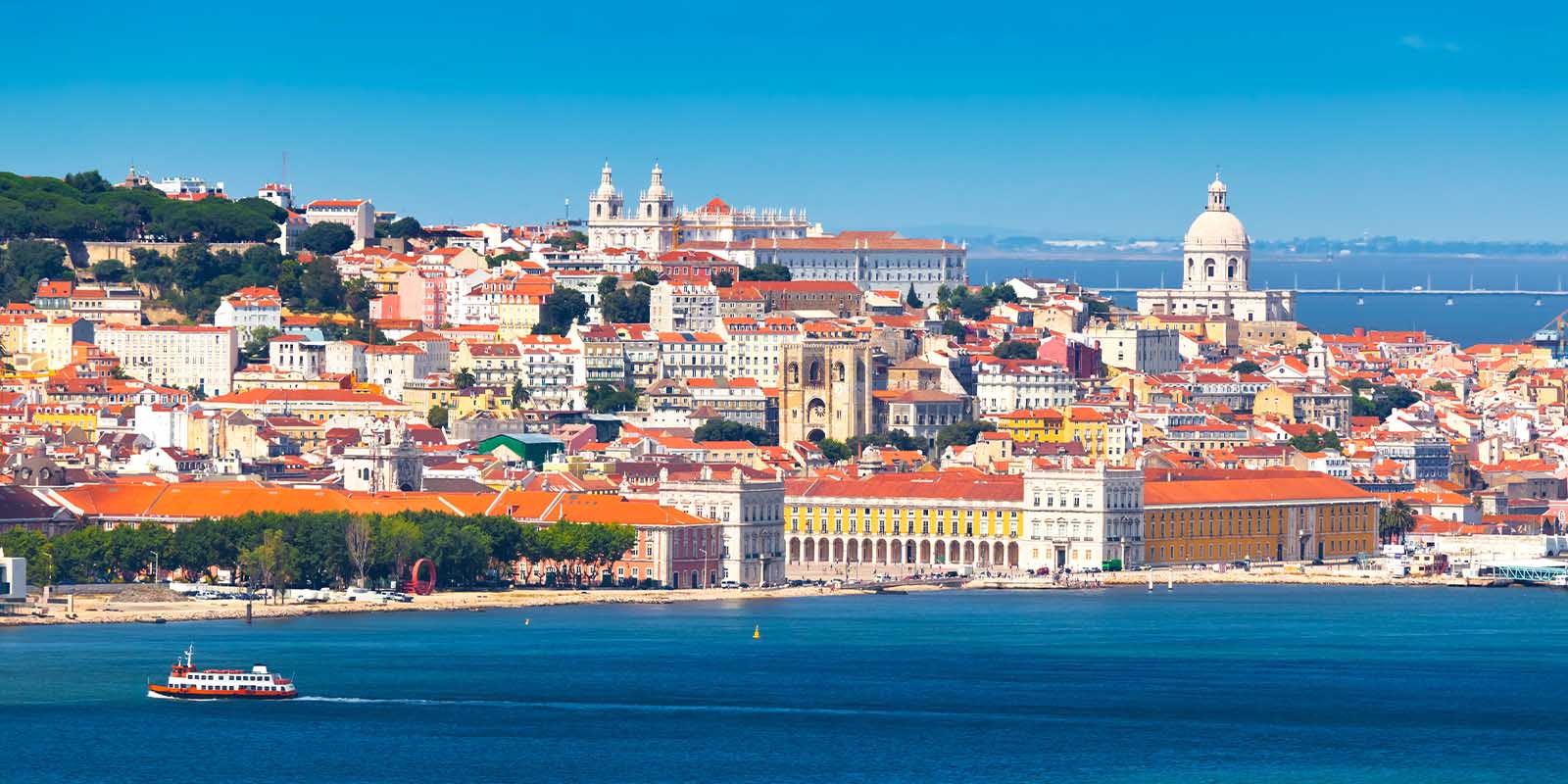 The EU is filled with lucrative business and investment opportunities. The EU’s 28 member states include some of the wealthiest countries and is the world’s largest single market.

Suppose you decide to move your startup to Portugal. In that case, you will be in the same timezone as London and only one hour behind the majority of Western Europe. And if working within reasonable working hours, there is only a six-hour overlap with the USA’s East Coast and a three-hour overlap with the West Coast. This is highly beneficial for maintaining an international presence in the global market. It is also easy to access major European cities. Places like London, Paris and Zurich are only a three-hour flight away, on average.

Unlike in many other countries, television series and movies are subtitled in Portugal, not dubbed. This, coupled with English being taught as a second language in all schools, means that most people under 40 in Portugal are fluent in the language at a business level – even more so in the major metropolitan areas. Naturally, this is highly beneficial for companies moving over from or dealing with countries where English is predominantly spoken.

Conduct Business in a Diplomatic Country

Portugal is a diplomatic nation that always strives to maintain good relationships with almost every country in the world and consistently stays open to new business opportunities. After all, there is a reason the country has one of the most powerful passports in the world. Suffice to say, hedging your bets with permanent residency in Portugal is one of the safer options on the market when seeking to expand grow your business in a conducive economic environment.

High Yet Affordable Standard of Living

The final reason why entrepreneurs, business people and investors alike are attracted to the Portugal Golden Visa Program is the country’s high standard and low cost of living. When compared to other EU nations like Germany, France and the Netherlands, Portugal’s cost of living is relatively cheap yet still manages to offer world-class healthcare, quality education, warm weather, beautiful architecture, delicious food, pristine beaches and so much more in return. Why not conduct business in paradise?

Watch Our Portugal Webinar in Collaboration with Gulf News

Before applying to any Citizenship or Residency by Investment program, individuals must ensure that they are rendering the services of a government authorized agent and advisor like Savory & Partners. The internet is rife with fraudulent companies offering scams that promise citizenship within an implausible timeframe and at an impossibly low price. If it’s too good to be true, then it probably is.

Savory & Partners is a government-approved agency that specializes in High-Net-Worth individuals applying to any Citizenship by Investment program. We are a British Authorised Agent with decades of experience who has helped over 1100 families obtain a second citizenship.

If you would like to apply to the Portugal Golden Visa Program or want to learn more about the other European residency through investment programs on offer, then contact us today for a free online consultation and one of our agents will happily aid you in your endeavours. 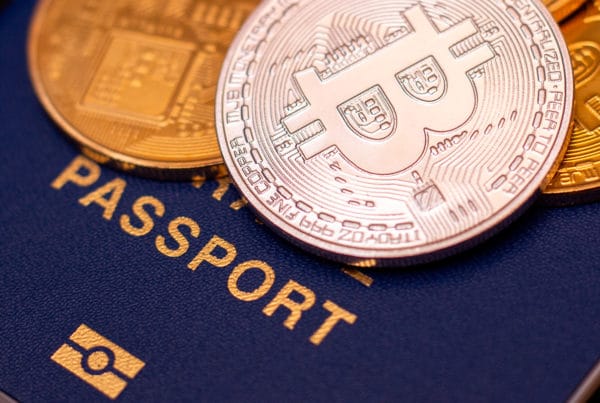 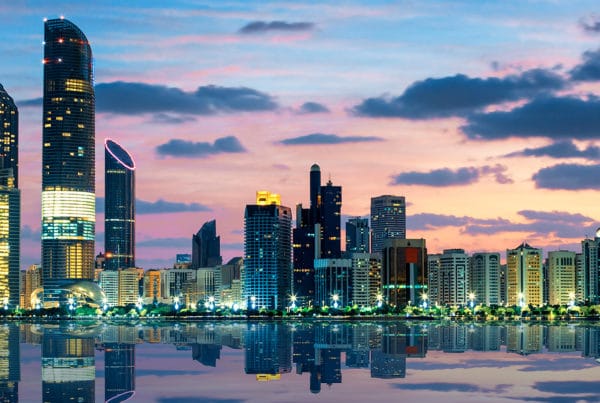 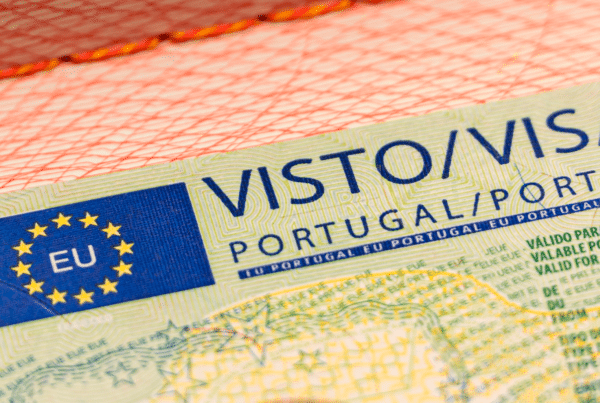