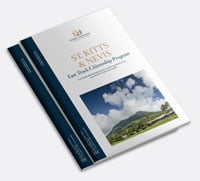 St. Kitts and Nevis, ideally located in the Eastern Caribbean established the St Kitts and Nevis Economic Citizenship Program in 1984, making this second passport program the longest established program of its kind in the world. This twin nation combines beautiful beaches with mountains and jungle-draped dormant volcanoes. A Federation country, also known as the Federation of St Kitts & Nevis is named after Christopher Columbus.

St. Kitts & Nevis gained its independence from the UK in 1983, although the Government is still part of the British Commonwealth and is represented by the British Parliamentary Democracy with Queen Elizabeth II as head of state and H.E Minister Timothy Harris leading the Government.

While St Kitts and Nevis are dependent on tourism to drive its economy, its Citizenship by Investment Program drives foreign investment to the island. The positive changes to the St Kitts and Nevis Citizenship by Investment Program include a new civil case management team which will allow faster processing of applications and a thorough, robust due diligence process; this will enable clients to have continuous updates on the process of their applications. St. Kitts & Nevis has now been granted visa-free travel to Brazil with more countries to follow.

Since its inception in 1984, the program has been attracting people from around the world to invest in the country’s economy in exchange for an irrevocable passport and citizenship and operates on the following constitutional, legislative and regulatory foundations:

“Subject to subsections (8) and (9) of this section, a person is entitled, upon making application under this subsection to the Minister in the prescribed manner and upon payment of any fee that may be prescribed, to be registered as a citizen of St. Christopher and Nevis without any rights of voting save ST. KITTS AND NEVIS – CITIZENSHIP BY INVESTMENT 2 of 3 under and in accordance with the provisions of any law governing the qualification of voters, if the Cabinet is satisfied that such person has invested substantially in St. Christopher and Nevis.”

Where is St. Kitts & Nevis? 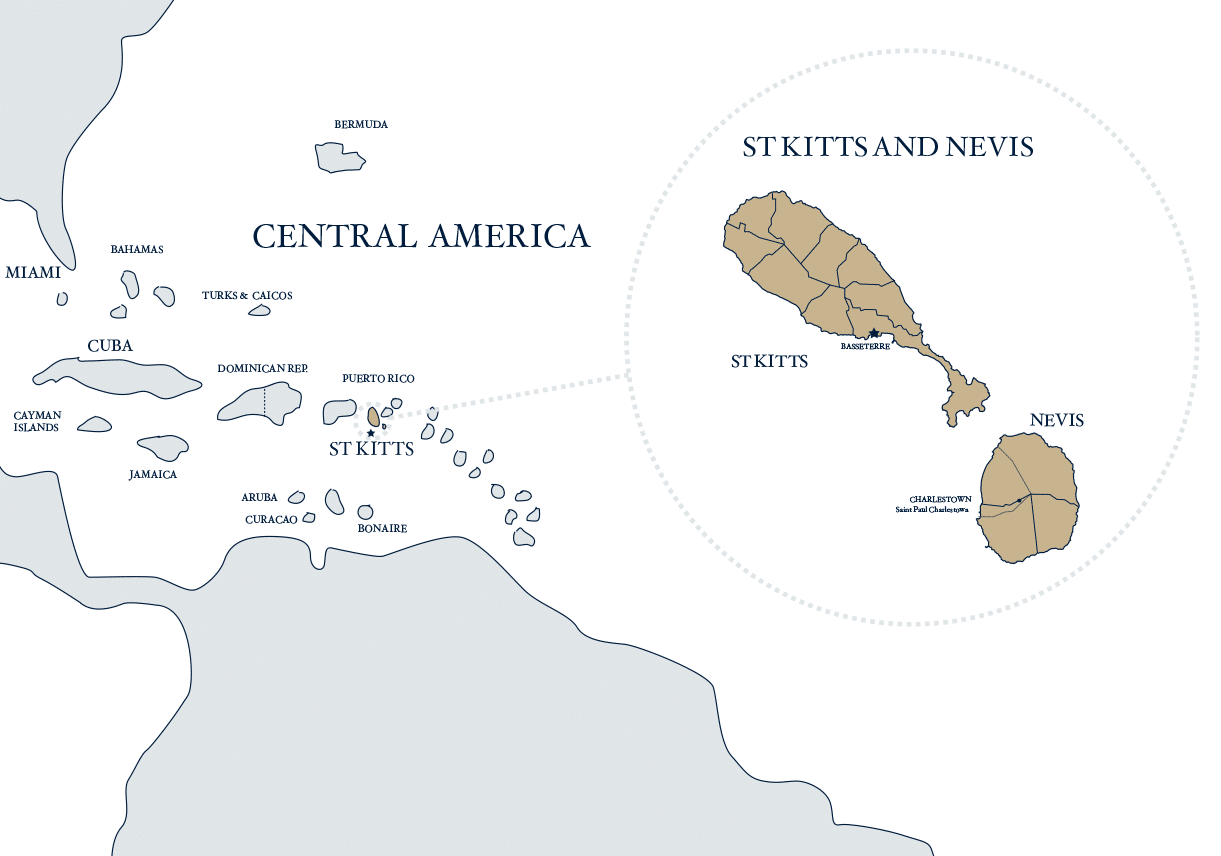