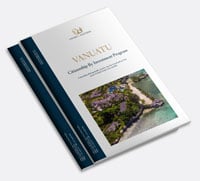 The DSP is a new procurement established by the Vanuatu Government under the Citizenship Act with the authorities bestowed on the Prime Minister. Starting in January 2017, the Government of the Republic of Vanuatu has launched the Development Support Program (DSP) to advance funds to support infrastructure and strengthen the economic development of Vanuatu.

Candidates may apply for Vanuatu Honorary Citizenship by contributing to the Government of Vanuatu. They can apply either as a single applicant or as a family of up to four (4) members.

Savory & Partners professional fees, official application forms, certification of citizenship and passport, courier & other disbursements are the only other costs associated. A full-itemized quotation with no hidden costs is provided.