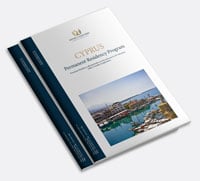 According to Cypriot law, a Non-European national who buys one or two properties (Residential) in Cyprus for himself and his family for a total value of €300.000 + VAT and more, he/she may apply for Cyprus Permanent Residency.

The Cyprus Permanent Residency Program is a fast track program whereby applications are processed within two months of filing.